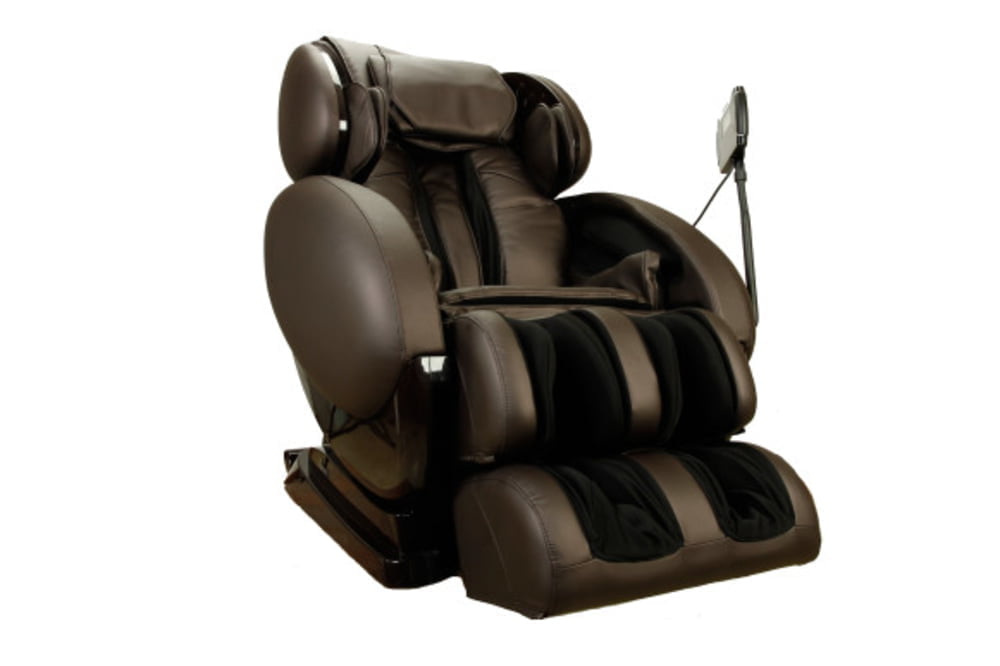 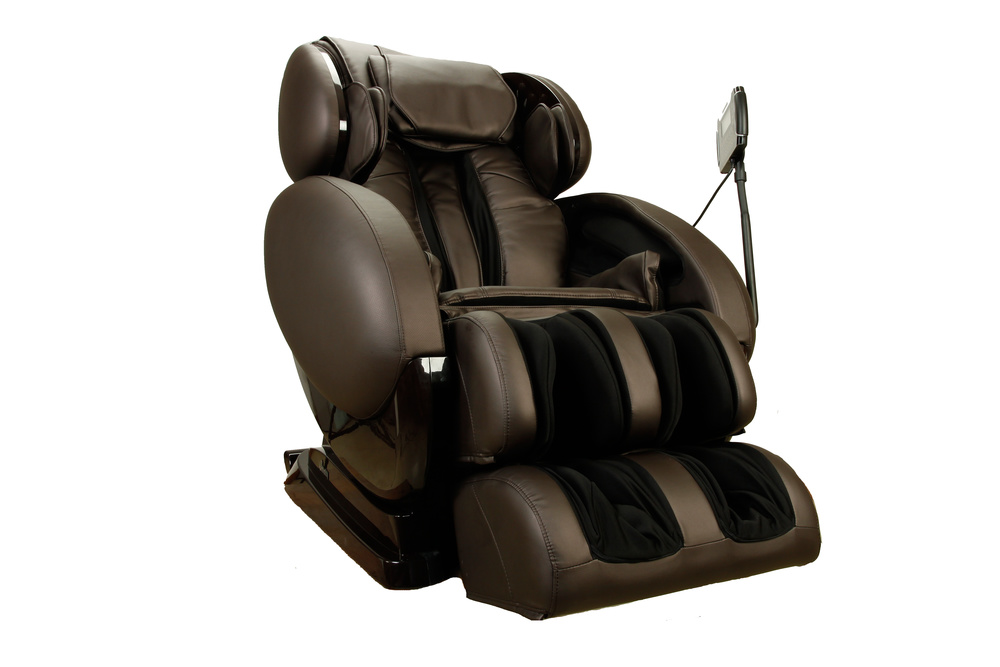 Dr. Alan Weidner: Thanks for the interview, this is great, thank you.

Alan: Can you see me OK on the screen?

Alan: OK, great. I've got a still photo, still shot of you, so I can see who you are. Well, it's good to meet you in person.

Mimi: Yeah, it's nice to meet you too.

Alan: Well, I appreciate you taking time to do this. It shouldn't take too long, but the purpose of this, these interviews, is to kind of get a feeling from you about your experience, you know, what it was that motivated you to get a chair, how you chose the chair you got, how the chair has been for you, what your experience was in buying it, researching it, et cetera, et cetera. So, if you don't mind, I'll ask you some questions, and if you can think of anything that you want to add, you just go right away, go right ahead and add it.

Alan: But I'm curious to know, and by the way, you're in, are you in Minnesota?

Mimi: No, I am in Arkansas.

Alan: Arkansas, OK, good. I get mixed up, I've met so many people, I'm getting mixed up a little bit about where everybody's from, but OK, so you're in Arkansas. Now, what was it, why were you looking for a chair in the first place, was it for a particular complaint, or issue that you had with your health, or what was it?

Mimi: And going to massage therapists a lot, and I wanted to have the control for myself. I've dreamed of having a chair for 10 years at – well, 12 years, actually – and I wanted something to where, whenever I wanted to get up at 2 o'clock in the morning, and have a massage, I could go do it.

Mimi: Yeah, I'm a very stressed person, and anxious quite a bit.

Alan: Well, you're not alone, that's one of the main reasons people get a massage chair, so you're certainly not alone in that. My question to you is, has the chair, has the chair resolved some of that, has it met your expectations?

Mimi: Oh, it has, it has, there's been days that I've stayed in that chair for three hours, and I know, I know …

Alan: Good for you.

Alan: Programs, one of the programs?

Mimi: One of the programs, and I, you know, try to go through one of those, and sometimes I get a little greedy, and I do two, but usually I do one of those a couple of times a week.

Mimi: And you know, I kind of thought about it, I added that up, and I thought if I went to the massage therapist that much, this chair would pay for itself in, you know, a year or two.

Alan: My goodness, yeah, that's not uncommon, I've certainly heard that as well. Now, you, what's the model that you have, is it, what model do you have?

Alan: That's a pretty intense chair, it's got an intense roller massage, was it, did it take you a little while to adapt to that, or was it OK right from the get go?

Mimi: No, it was, for me, it was OK from the get go, except for on the feet. I have plantar fasciitis, so on my heels, I had to put a little towel down …

Mimi: To kind of keep it from squeezing my heels too much, but for me, it was perfect, I like an intense massage. For my husband, he is not as intense as I am, but of course, I didn't get the chair for him, I got it for me, so …

Alan: Yeah. So, your husband likes something a little more gentle?

Mimi: He does, he does not do programs. He’s not able to handle that much …

Mimi: And so, what he normally does is, you know, he does his own manual mode, and I actually videoed him in the chair, the very first time we got it, and that was pretty funny.

Mimi: It might, there was a lot of screaming involved, but I, I mean, there are times that, sometimes it's not quite enough for me …

Mimi: I’m so tense, but what I realize then is to stay in it just a little bit longer, and work out the massage, and work out tension, and it works out perfect, and I don't have the bruises that I would when I would go to a massage therapist, and tell them, you know, ‘Dig in deep.’

Mimi: And so I, which is nice.

Alan: Wow, well, that's great. Well, it's a very popular chair, the one knock against it that some people have is that it, you cannot adjust the intensity of it, and so your husband might agree with that because he’d like something a little more gentle, but for someone that likes a good, vigorous, firm massage like you, it's perfect …

Alan: So, I’m glad that chair is fitting your needs.

Mimi: My thoughts are, you know, if it's a little bit too much, put some padding in there because I know that there's a couple of padding areas that you can remove …

Mimi: And get right on the rollers on this chair …

Mimi: And I’ve done that a few times.

Alan: Yeah, that's even more intense, you bet, good for you. The neck massage is quite good in that chair, I really like the neck massage, would you agree with that?

Mimi: Yes, and that was one of the selling points for me, is because my neck is what gets so tense …

Mimi: And so, I needed to have something that would get real good on my neck, and because I get so tight, I get muscle spasms …

Mimi: And I’ve actually had to go to the hospital a couple times because the muscle spasms were so bad, and it shot my blood pressure up.

Mimi: So, it does a really good job.

Alan: So, you're finding that you're, the need to go get that kind of medical attention has diminished since you’ve purchased the chair, and used it?

Alan: Now, how long have you had the chair for, Mimi?

Mimi: Almost a year, I did a, I probably did about two to three weeks worth of research before I bought it.

Alan: Well, that's actually where I want to go next. How did you decide on this model? Tell me a little bit about your research or your due diligence that led to this model.

Mimi: I just started doing an Internet search, and that's how I came across you, and the fact that you had a lot of videos, and information, and you had a lot of folks that reviewed the chairs, and were specific in which models they liked, because I had, I probably had two or three different models I was looking at, and I wanted to make it a good investment, and have something that I was going to enjoy for a long time. So, I watched a lot of the videos, and you, you know, went through all the different things that're on all the different chairs …

Mimi: And that's, I mean, shopping on the Internet, and having that ability to see what the chairs actually do was amazing.

Alan: Yeah, well, I appreciate that, and it is hard because you cannot find a lot of these chairs to sit in, a lot of the chairs, like the Infinity chairs, and the Osaki chairs, they are online, sold a lot, mostly online, and it's hard to find them to sit in. So, you are a bit, having a good website to use as a resource is important, but it is really a crapshoot, because you've never sat in the darn thing, and fortunately, this one really worked out for you.

Mimi: Yes, and one of the options that I liked that was a big selling point for me was you offered, if somebody wanted to come out and try the chairs out before they bought it, that you would, you had a voucher type of a deal, where you would knock off part of the chair if they flew out …

Mimi: And I didn’t take that option, but I will next time, and …

Mimi: Just to be able to sit in all the chairs and try them out, although I don’t know that an overnight visit would be enough, I'd have to probably, you know, spend a couple of days sitting in all your chairs there …

Mimi: But I anticipate getting a second chair at some point.

Alan: Well, we'd love to have you, you come on out, we'll take good care of you.

Alan: Oh, yeah, geez, we've got 14 of them here, you can sit on them all day long, and still not squabble over who gets what chair.

Alan: Now, is there anything about the chair that you don't like, anything that you kind of were disappointed in?

Mimi: There are a couple of things that – and you may be able to enlighten me on some of these, but if – it's hard to see the backlit, sometimes if it's not lit up, you can't see …

Mimi: Yeah, and it, I don’t know if it, it maybe, I mean, I like having the lit up part, but it would be nice if I could read it without it being lit up.

Alan: Well, you know, remote control display is a big issue on a lot of models, it's not just for you. This is something that we've heard before on, across the board, so it doesn’t surprise me to hear a bit of an issue about that.

Mimi: Yeah, and you know, I'm over 40, so I'm getting to the point where I have to have reader glasses, and when I'm sitting in the chair, I don't want to have my glasses on.

Mimi: So, if maybe they were a little bit bigger, or you know, something along those lines, that would be awesome, and when it, when the chair …

Alan: I can relate.

Mimi: When the chair comes down at the end of one of the programs, and it automatically comes down, I worry about if I've got a, I've got dogs, and they like to lie around me when I'm in the chair …

Mimi: And I worry about one of them being underneath, so if I had a little more control over, you know, when it came down …

Click on the following link to watch this Massage Chair Relief Customer Interview on our YouTube channel.