Infinity IT-8500 Now Available In Our Showroom!

Infinity IT-8500 Now Available In Our Showroom! 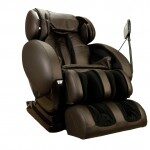 We finally got the Infinity IT-8500 massage chair up and running in our showroom last week. We are still expecting the first Iyashi any day now, but the IT-8500 has been our #2 selling chair, behind the Inada Sogno, for quite some time now. I have looked forward to getting that chair in our showroom for a long time.

I had a customer drive to the showroom from Minnesota last week specifically to try out the IT-8500, among other chairs. His impression was so favorable that he ended up buying that model. He tried out the IT-8200, which we have placed right along side the IT-8500, but ended up with the IT-8500. I have asked Mike to write a review of his experience with that chair and all the others he tried out while visiting the shoroom.

I had heard from some customers that the IT-8500 roller  massage was too intense...some had suggested that it was more intense than the IT-8200. I had always thought that the roller system was the same in both chairs. Our experience last week, after discussing the two chairs with our MN customer in the showroom, led us to believe that they are relatively the same but that the IT-8500 may have a bit more strength in the lower back. Both chairs do wonderfully in the neck region, and are quite similar there, but that the low back may have more roller intensity in the IT-8500 than the IT-8200.

The shoulder airbag feature is the primary difference between the two models. The airbags create a different therapeutic feel than what you would experience in the IT-8200, but the airbags also make the IT-8500 look bigger and bulkier than the IT-8200.

Otherwise, aside from the shoulder airbags and the marginal difference in the intensity of the rollers, I'd say that about sums up the 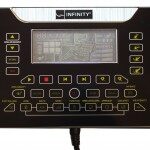 primary differences between the two models. The music system, which we haven't played with yet, also has different speaker set up and a headphone jack for private music listening. Some of the verbiage on the remote control is different. For example, the seat swivel motion feature is controlled by a button called "Twist" on the IT-8200, but more clearly labeled as "Seat Swivel" on the IT-8500.

Feel free to give me a call anytime to discuss the IT-8500. I am always at your disposal.  I will write about the Infinity Iyashi in the next few days once we have the chair assembled. Looking forward to that!