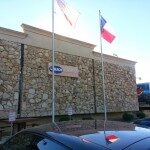 Tuesday morning I was off to Luraco's headquarters in Arlington and my visit there was fantastic. I spent the day with Kevin Le, VP/Chief Technology Officer, Manthan Sheth, Electrical Design Engineer, Bryce Gaston, Electrical Engineer, and Patty Campbell, director of Marketing.

After spending some time chatting about Luraco, their company, products, and innovative technologies, we went on a tour of their facility. Now, since I have mentioned on my website that this is a primarily US-made chair, I will admit that I have received some pushback from the industry that perhaps the chair was really made in China and only assembled here.

Well, I went to Luraco, partly because I wanted to see the production and assembly processes to validate their claims that this is a primarily US-made chair. What I saw was quite impressive. Nothing was hidden. I saw the components imported from China (40% of the chair is made in China, 60% made there in Dallas), which consisted of the body frame, motors, and rollers. Then I was able to see the production of  all the computer/electronic components of the chair, which is all done in-house. It is the electronics that make the chair work. It is the brains behind the function.

All the Research & Development, electronics, assembly, quality control, and testing is done in their Arlington facility.

It was fascinating to me to see the intricate work, time, and attention that went into making all the computer components of the chairs. It was also impressive to see the elaborate testing protocols for each chair. Every single chair is tested, both at the component stage and at the final assembly stage. It is not random testing of the occasional chair. Every single chair, and it's individual components, are tested a few times before it is sent out to the customer.

I was able to see the machinery and hand labor that went into creating each mother board and computer component. I was particularly fascinated by the "pick and place" machine that automatically took each piece of the mother board and placed it perfectly on the board itself.

I videotaped the tour through the whole facility and will get that video up and on YouTube hopefully next week. I think you will enjoy it and hopefully be as impressed as I was with the whole process.

Here are a few other points that I gleaned from the visit:

1. The Luraco app, which is available only for Android phones at this point, allows the user to have more features available than what you can find on the remote itself. The remote is limited by size, so any additional programming can be integrated with the app. The app has unlimited flexibility, not restricted by hardware limitations.

For example, when I was first asked to beta-test the iRobotics 6, I suggested that Luraco separate the airbag massage intensity from 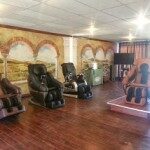 the roller massage intensity. They had initially had a button on the remote that controlled both at the same time...not very practical. Well, the space on the remote is very limited, so they couldn't create two buttons out of one to allow for independent intensity adjustment of the airbags and rollers. Well, I learned yesterday that the app has a separate control button for each function, thus separating the two.

2. By creating all the electronic components here in their facility, should a problem arise with a mother board or any other board, they can replace it, but even better they can hook up the faulty one to their testing equipment and immediately find out the problem and rectify it. It sure beats having to communicate with China to see if they can figure out over the phone why a component is not working and, if the problem is systemic throughout all their boards, have to wait for new parts to be altered and shipped to their office.

Everything can be repaired and tested in-house.

3. The iRobotics 6S does not have 3D roller technology. The intensity of the rollers is increased or decreased by manipulating the speed of the rollers. This is pretty typical in the industry for non-3D chairs. 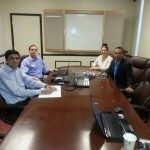 5. Pursuant to my comments above about the extensive testing of the products, each chair is packaged with a certificate that confirms that the chair was inspected and tested by an individual at the company, identified by an assigned number. It is reminiscent to me of getting some clothing or some other retail product in the mail and having a slip of paper inside saying "This product was tested and packed by so-and-so." This is kind of what they are doing with each chair  before shipping it out to the consumer.

6. I will be having an online video interview with Kevin, Bryce, and Manthan next Thursday. I will, of course, record it and share it with you all on YouTube and this blog.

7. Luraco employs about 40 people through all departments.

8. The chocolate brown upholstery is a very classy looking, executive-like color texture. I really liked the look of it. I have included a couple of photos below of that color. I also included a shot of the caramel tan color. 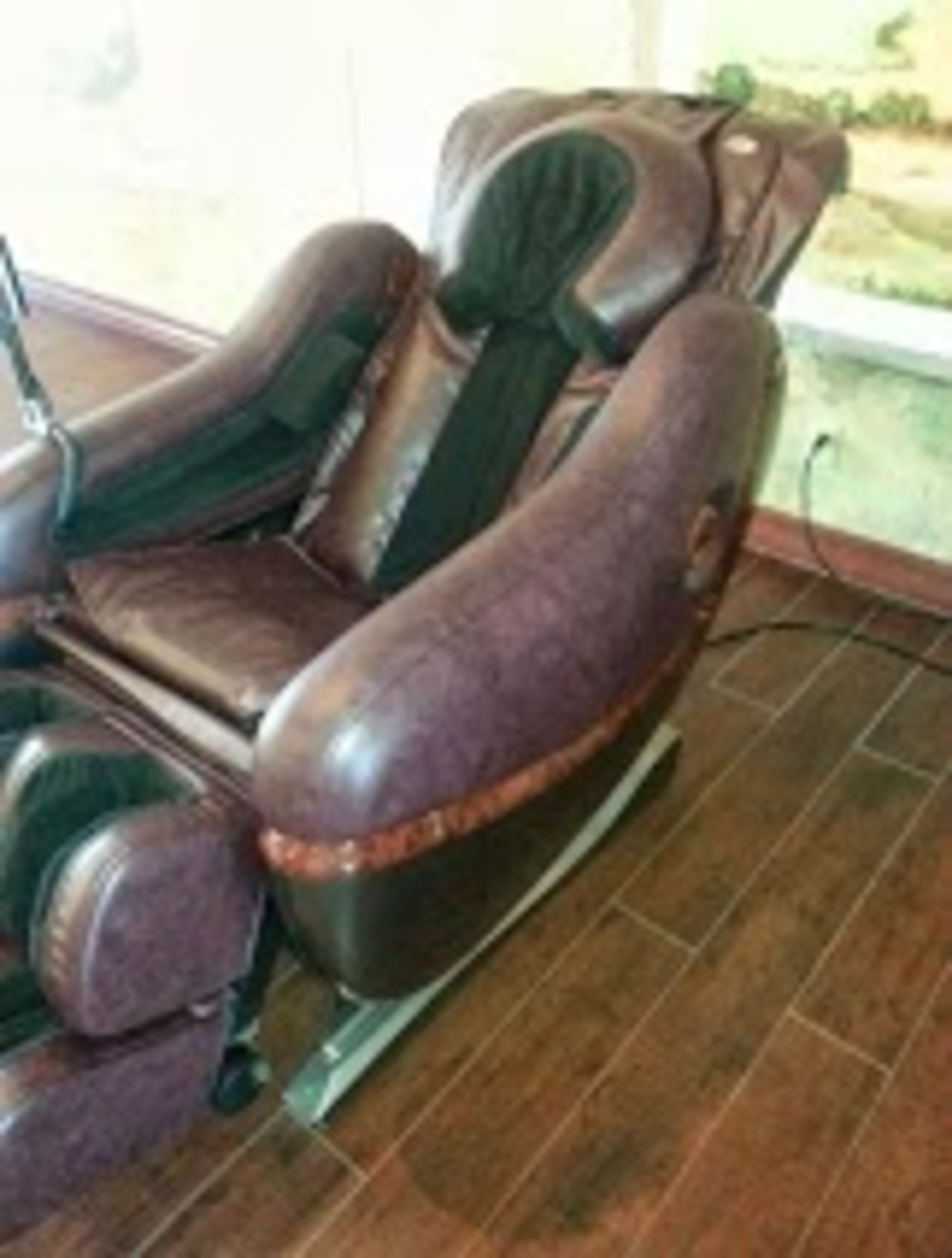 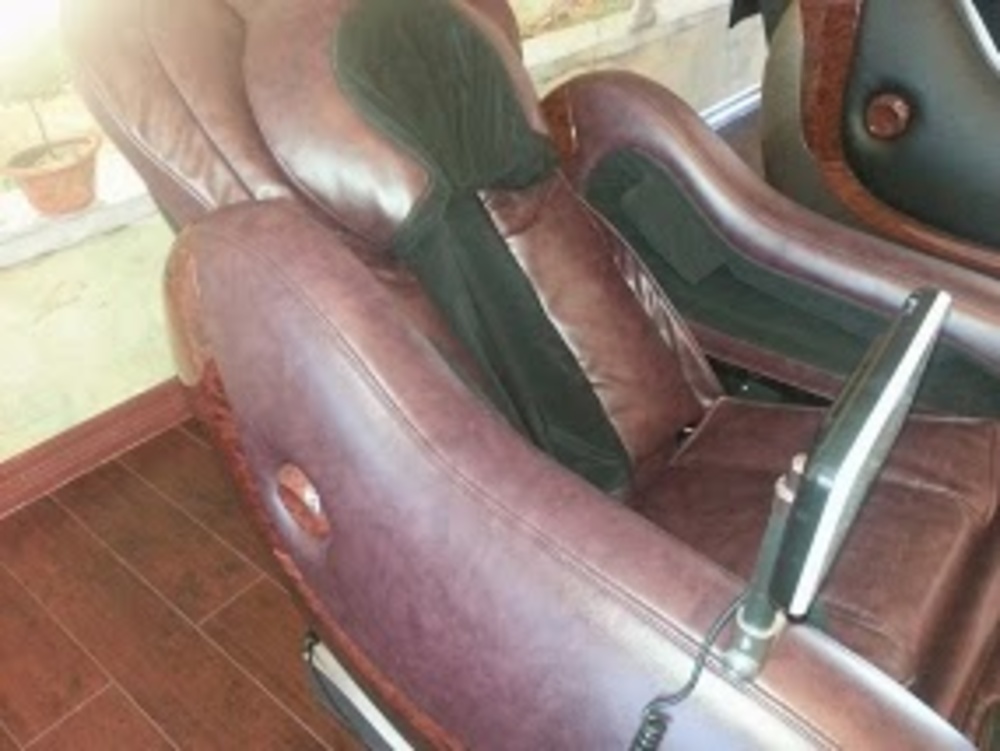 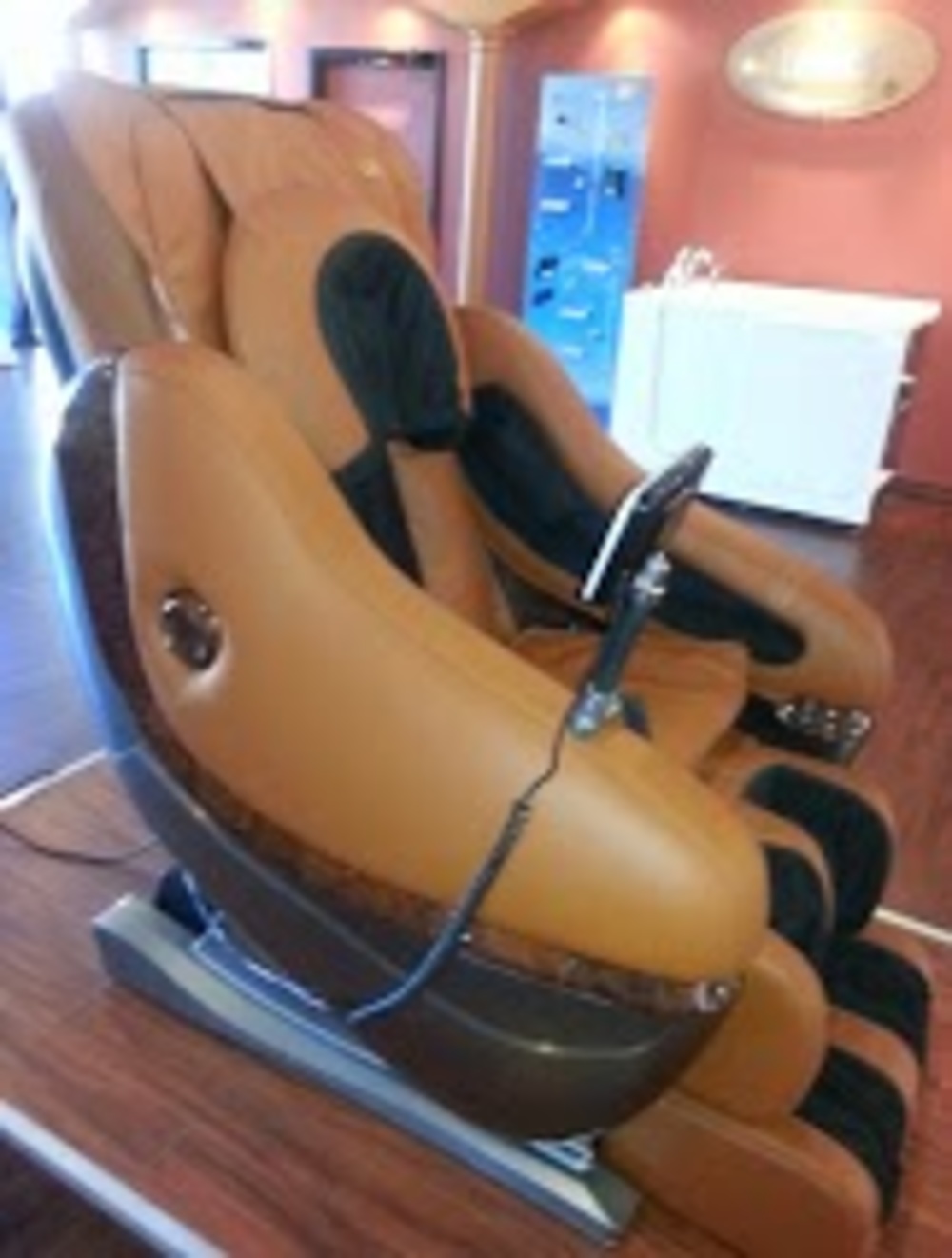 Well, that's about it. The whole trip to Dallas was fantastic. I really had a good time, plus I came back even more pumped up about the products and companies that we represent. And, to top it all off, I was bumped up to 1st class on the return flight. Now, that was great!!