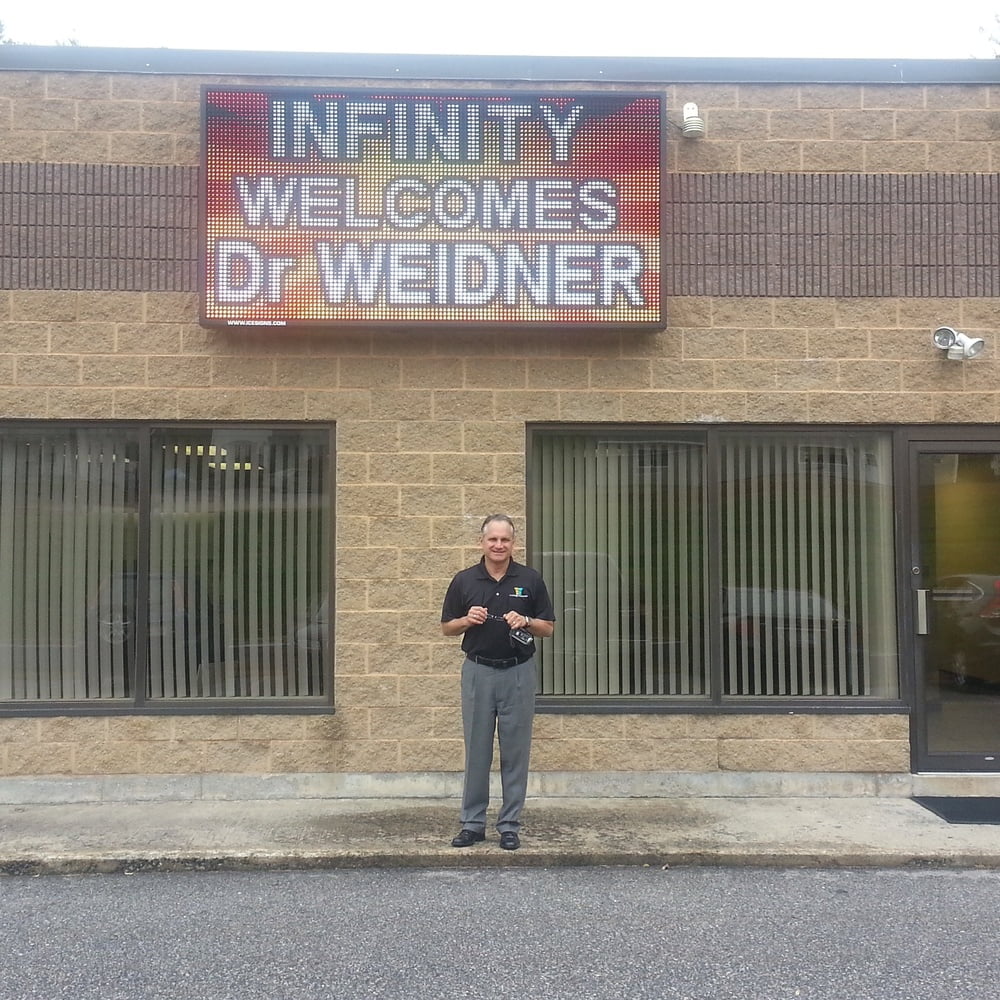 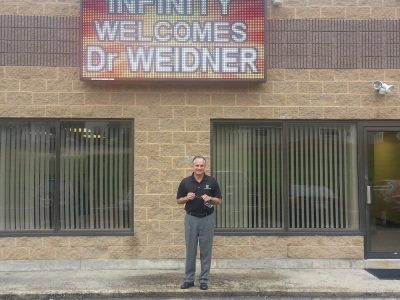 Last week I traveled to Boston, MA with the express purpose of visiting Infinite Therapeutic’s headquarters in Kingston, NH. I arrived late Monday night into the Boston Logan airport and was picked up by Michael Milone, the National Dealer Manager for IT, first thing Tuesday morning. Although the weather was raining and overcast, the surrounding vistas were fabulous. The 45 minute drive to New Hampshire was replete with autumn leaf colors…galore!

The best part was sitting around a conference table and talking shop for a few hours. I got to spend time with Michael Garceau, IT’s president, Jim Coppins, VP and whose interviews with me are on our YouTube channel, and the previously mentioned Michael Milone. It was fabulous getting to talk about the industry and our business with fellas who are very deeply involved with it on a daily basis, as am I.

The told me that they are finally coming out with a new BLACK EXTERIOR Iyashi!! I have had customers ask me about this ever since the first Iyashi hit the market, back in July 2013. I am quite excited for this option. It will come with the choice of a black interior and a caramel brown interior. Both should look rather stunning with a nice shiny black plastic exterior. I’ll let you know when I have some images of the chair, which is supposed to be available within a couple of weeks. 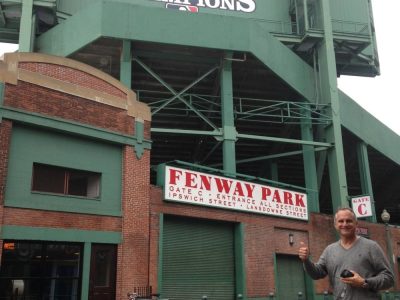 After our morning PowWow, Michael Milone took me into Boston to go on a tour of the oldest ball park in the USA…Fenway Park! Oh man, was that cool. I am a hockey fan, first and foremost, but I am a huge history fan of pretty much anythingn…and that park wreaks of history. Good history, at that. I got to stand on top of the Green Monster (infamous left field wall), I saw the red seat that represented the longest hit in Fenway Park history (502 foot shot by Ted Williams), and I sat on seats that were 80 years old! The whole experience was so dang cool. I looked on the very field and saw the home plate where baseball legends like Babe Ruth, Joe DiMaggio, Ted Williams, etc. etc. etc. stood and swung the bat. I saw the pitcher’s mound where Cy Young performed his magic…CY YOUNG!!!

What a great experience!

Go at http://www.psychicgurus.org for more info.

And then, Michael took me to a restaurant that was right next to the site of the tragic second bomb that went off at the Boston Marathon. A very humbling experience to me. I later saw where the other bomb went off and where the Marathon’s finish line was located. It was all so surreal to me. By the way, the food I ate at the Atlantic Fish Co. was fabulous. I had the lobster ravioli and there was something magical about the sauce. Never had anything quite like it.

After that, we went to the TD Garden and watched the Boston Bruins and the New York Islanders play a pre-season game of hockey. I love hockey, but am an Edmonton Oiler fan through and through. Having said that, I appreciate good hockey and the Bruins have been the cream of the East for a few years now, so I got to see some of the current Bruin greats. It was special. 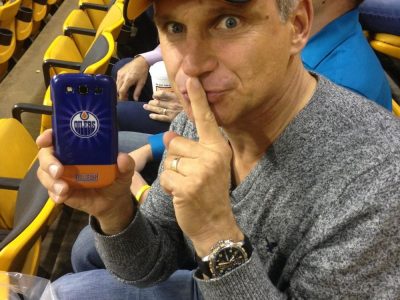 Jim Coppins bought me a Bruin’s hat and I wore it throughout the game. I can’t say that I’ll ever wear it again, but it definitely will find a place on the wall with the rest of our hockey memorabilia.

All in all, a wonderful and memorable trip. I just might add that the guys at IT also told me that they have two warehouses from where they ship their chairs to customers; one in Eugene, Oregon and one in Memphis, Tennessee. It is because of these two warehouses that they are able to get chairs shipped to their destinations very promptly. It is rather impressive.

Well, I hope I didn’t bore you with my trip to Boston. It was a great time and I will have the video of the trip to IT up on YouTube this week.

By the way, none of the fellows I met with were familiar with Dr. Leo Marvin and Bob Wiley, although two of the three men had actually lived on Lake Winnipesaukee, which is only 1.5 hours away from the IT headquarters!! Can you believe that?!?!?!? If you know what I am talking about, feel free to leave a comment below.