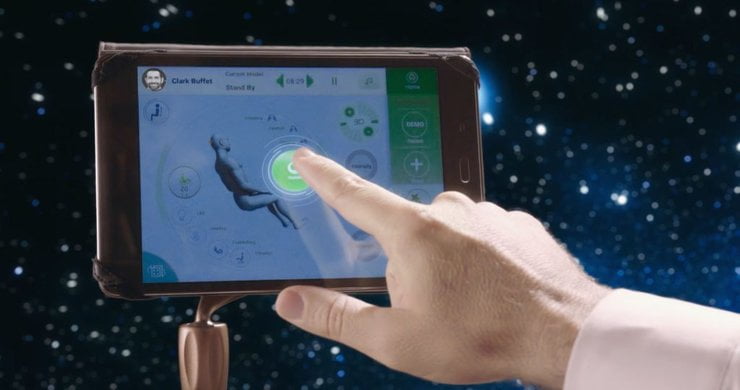 Cozzia and Ogawa are built in the same factory in China and are essentially the same company here in the USA. Their operations, both administrative and logistics, are consolidated at the same California addresses. We began carrying the Ogawa line of chairs at about the same time that we opened our Southern California showroom.

The Ogawa Smart 3D massage chair was introduced shortly thereafter and quickly became their flagship model. It was unique in that it used a Samsung tablet as the wireless remote control through the Ogawa app. So, you could use the tablet to run your massage chair AND for all the other functions that one would ordinarily use a tablet computer, i.e. download other apps,etc. It was very versatile for the user. The remote also connected wirelessly to the chair’s speakers. The Ogawa Smart 3D also had a strong dual roller massage, foot rollers, plenty of airbags, Bluetooth connectivity, and it could handle a taller and bigger body.

The chair seemed to capture the imagination of a certain percentage of our customers. I know it captured mine! After a number of sales, we had one of our customers mention to us that he was having trouble getting his tablet to connect to his chair through his Wifi. Ogawa replaced his tablet to rectify the problem, but the problem persisted. It became evident that the function of the chair was tied, of course, to the quality of the Wifi connection. Bad/spotty connection = bad/spotty chair functionality. Of course, you could still use the chair’s hardwired quick keys, but they did not offer all the functionality that the wireless app offered. Our customer became quite frustrated and eventually exchanged the chair for another model altogether.

We brought his model to our showroom and it worked fine…in other words, we had a better Wifi connection. Over the last year or two we have had a few other complaints about the same connectivity issue. The chair worked for most, but for a few it was not what they wanted to deal with. We still have our floor model in our California showroom and it’s working fine. We also found out that replacing a bad tablet was quite expensive ($250 charged to us by Ogawa) and that it did not fall under the warranty of the Ogawa chair, but rather under the Samsung warranty. Hard wired remote controls seem more durable plus they cost considerably less if they go bad and need to be replaced.

Late last year, just prior to the holiday buying season, Ogawa introduced the new Touch 3D massage chair, which is a similar chair to the Smart 3D, but with a hard wired remote and not a wireless tablet. I think this is a wonderful substitute for the Smart 3D and you aren’t sacrificing too much by getting it. Here are the similarities and differences:

I hope you found this comparison useful. Both chairs were equally popular during the holiday sales season.