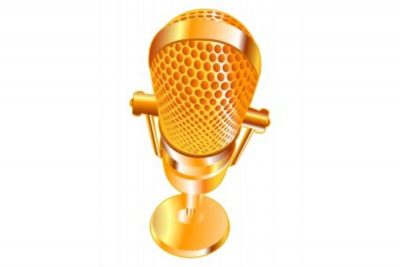 Alan: Hi, I’m Dr. Alan Weidner from ‘Massage-Chair-Relief.com‘ and today is our biweekly massage chair industry update for Wednesday, February 17th, 2021. Thank you for watching today. We are in the throes of a crazy winter storm across the West to some degree. We just had a pretty good storm here way out West, but out East and South, they’re having an incredible winter storm. As a matter of fact, I saw some video footage of Dallas, and I thought they were, you know, when I first, someone first showed it to me, I thought it was Utah weather with our snow. But it was Dallas, I was surprised to see it, but I understand they’ve got frozen pipes and the electricity’s out, and you know, millions of people are affected, and I’m sorry to hear that. I don’t like the cold, I’m from Canada, I know snow and I know cold, and I know I don’t really care much for it. The older I get, the warmer the climate I like, but you’d think Texas would be warmer, but it has been cold. We have family from Houston and it was -1 degree in Houston, which is mindboggling to me. But anyway, I hope you’re all safe and well, and keeping safe and well anyway, in spite of the weather.

Alan: If it’s not one thing, it’s the other, isn’t it, you know, we’ve got the COVID business, and we are seeing some, here in Utah anyway, we’re seeing some drops in new cases, which is very encouraging, but we still have, still, we still have real-life issues with COVID. For example, we still have delays on shipping, we still have, we’re still seeing people by appointment in our showrooms because we can’t have too many in at one time. So, there are still, COVID is still rearing its ugly head all over the place, but I think you know, it kind of feels like there’s some, there’s an end in sight, there’s at least a light at the end of the tunnel, and I’ve heard some projections where maybe things will kind of, we will reach, you know, a peak, or an immunity with vaccines, and with you know, actual cases maybe toward the end of the summer, which would be fantastic. But anyway, neither here nor there, I just wanted to mention that we are thinking about our friends in Dallas, you know, that Osaki/Titan and Luraco are in Texas, so their offices are shut down and things have pretty much ground to a halt there because of the storm that they’re having. So, my thoughts are with all of you there, and anywhere else affected adversely by this weather. Now, not a lot to go on this week, I want to just go over a couple of things. I wanted to talk about the COVID, as I just did, so just know that there are still delays and still issues that we’re dealing with trying to get chairs in to the port, and through the port of Long Beach, and of course, getting chairs delivered and shipped. There’s also been, there has also been some slowdown in terms of techs being able to go in to people’s homes to do repair work. Some people are just waiting until, you know, waiting out the pandemic, and some techs don’t want to go in to people’s homes either because of the pandemic. So, it is affecting our industry, as I know it’s affecting many, many others.

Alan: The Ogawa Active Drive, or sorry, I’ve been mixing two chairs together, the Ogawa Master Drive AI is on sale. It’s $2000 off, it’s $7999 right now, and that’s good until the end of the month.

Alan: I also need to reiterate that the OHCO M.8 is going up in price to $9999 on March 1st, as is the D.Core Cirrus going up in price to $8499. So, those are drop-dead dates for changes in the pricing and the costs associated with these chairs. Also, and I’ve mentioned this before and I’ll mention it again, and say it my newsletter as well. Some of these, well, this COVID has affected shipping prices, and so we do know that Human Touch and Ogawa and JPMedics and Cozzia have increased their shipping prices because of COVID. Some are more substantial than others, but the bottom is that we are, the bottom line is that our bottom line is being affected across the board.

Alan: So, anyway, I’m working on a D.Core Cirrus review. The D.Core Cirrus is a chair I really like. I like the styling, I like the feel, I like a deep-tissue massage, that chair gives it, and so I spent about an hour and a half just focusing and concentrating on that one chair, and took plenty of notes, and I’ll be putting all those notes down in to the blog in the form of an article within the next couple of days, so I just wanted to let you know that if you’re interested in that chair, or you know, if you’re curious about it, I’ll try to give as objective a review as I can when I write the article on the blog, but stay tuned for that.

Alan: If you have any questions, feel free to give me a call at 888-259-5380 to talk about reviews, or chairs, or anything in the industry, I’m always available to talk, and during the pandemic, I’ve been taking most of the phone calls, and so you can get a chance to talk to me if you want to, and just don’t be disappointed if I don’t know the answer to some of your questions because that has happened before too, especially with chairs that I don’t actually carry.

Alan: But anyway, I hope you found this video helpful. If you did, please feel free to thumbs up ‘Like’ us on our YouTube channel, and by all means, help us spread the word about massage chairs by sharing this video, or any of our videos on our YouTube channel, with your friends and family through your various and sundry social media platforms. We appreciate you helping us spread the word. Well, I’m Dr. Alan Weidner from ‘Massage-Chair-Relief.com,’ and I will see you again in two weeks. Bye bye.